APA Professional Member, Keith Barraclough is a commercial, advertising and editorial photographer based in New York City. We caught up with Keith to discuss a recent project photographing man's best friend for Animal Planet. 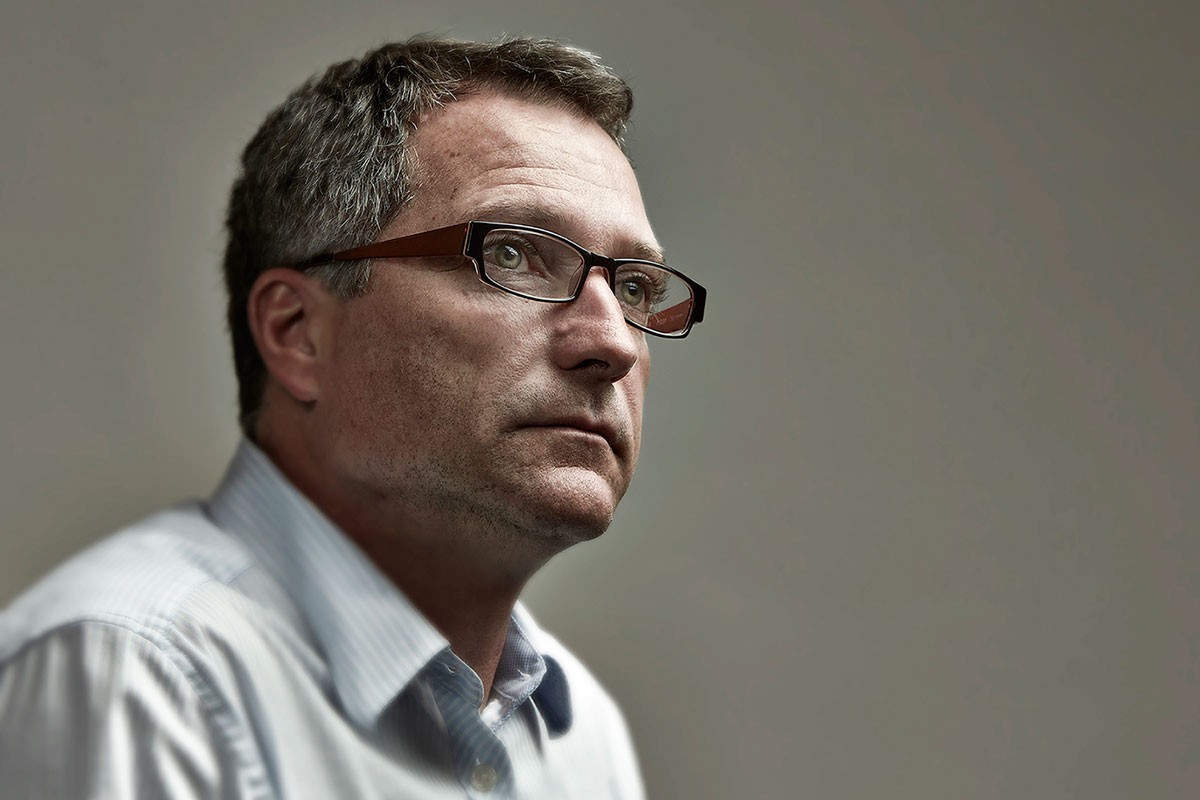 You recently created a series of studio portraits of dogs for Animal Planet – how did this come about?
I have known many of the Art Director's and Art Buyer's at Discovery for some time through sending e-promos and post cards. One of the major influences in getting this assignment was a personal project I did with a Discovery art buyer who owns two black labs. I offered to take some fun and arty photos of them at my DC studio (black labs on a black seamless.) The object was to show her, and others at Discovery, that I could take great photos not only of people but also of animals.

It was extremely well received and from that project I got a call (a few years later) from Animal Planet to photograph dogs for an American Kennel Club dog competition poster campaign. I'm a big believer in "you're only as good as your last shoot” and thankfully, I was asked to shoot three more assignments for Discovery, which eventually led me to this dog breed assignment.

This collection of dog portraits is a departure from the other work in your book. Do you think they were intentionally looking for a photographer who would approach it differently than someone who specializes in shooting animals?
Yes, I do. During an initial meeting with the Discovery team they mentioned they were looking for someone who can capture personality. Looking at my other work they saw not just simple portraits but ones that conveyed a sense of emotion, and that was what they were looking for. They didn’t want the usual breed photo - showing the dogs in a straight up pose.

The main goal of the assignment was to change the look and feel of the dog images on Animal Planet's online breed selector with new images of each breed that better represent Discovery’s tag line "Animal Planet - Surprisingly Human." I’m sure there are many photographers (dog specialists included) that could have pulled this off. I was just in the right place at the right time. And they knew I would give them what they needed.

I'm a big believer in "you're only as good as your last shoot” and thankfully, I was asked to shoot three more assignments for Discovery, which eventually led me to this dog breed assignment.

Tell us how the shoot came together.
Beth Caldwell, Animal Planet’s online photo editor, envisioned this shoot about two years before we actually started shooting. The assignment was to take portraits of all 164 American Kennel Club-sanctioned dog breeds for Animal Planet’s online dog breed selector. The difficult part was finding a dog show that had all (or a majority of) those breeds attending. It took about four months but we finally found a five-day competition in Salem, Virginia that met our needs. As I mentioned, the main use of the images was for Animal Planet’s online breed selector. Since the images really do have a “surprisingly human” feel, many of the images were (and are still) being use for calendars, poster campaigns, and other materials.

The production was very scaled down since we really didn’t have the budget for a large production crew. So it was only me, my assistant and Beth Caldwell (from AP) on set. We set up just outside the convention center’s main hall (where the dog show was held). The actual set-up was small - no bigger than the size of a small one car garage. We set up in the middle of the hallway so we had to have large curtains around the set so the dogs would not be distracted as people walked by.

The biggest challenge was finding the right dog show. Discovery didn’t want to attend multiple small shows so they looked for the largest one possible. Plus they had to get permission from the convention center to attend. They had attempted to get into two other shows, but weren’t able to get access. So the third time was the charm.

Another challenge was actually getting the dog owners to agree to have their pet’s portrait taken. We had no one signed up in advance so there was a lot of hustling to get dogs on set. Once the word got around the Animal Planet was there, it didn’t take long for people to stop by. We knew we needed (or wanted) to photograph 164 dog breeds. There were about 150 at this show and we got 140 in total. I think there were a few doubters at Animal Planet that were could actually pull this off. I don’t blame them for thinking that.

Each breed has its own unique characteristics and challenges (coat color, shape, tone, and temperament). How much art direction and planning was done ahead of time? Were you working from comps or going with the flow?
We were completely going with the flow. I had almost complete creative license to do anything I wanted. I knew the concept was to photograph the dogs' personalities, but how I did that was completely up to me. Before the shoot I sent in sample lighting comps for them to approve, but there was nothing from Animal Planet. I just knew they didn’t want the standard breed shot. Once that lighting was approved we were on our own. We didn’t know what kind of, or how much, space we would have so the initial lighting idea might have needed to change. Therefore, we needed to be as flexible as possible going into this. We also wanted all the lighting to look alike from one dog to the next so we didn’t really adjust for shape, tone, and other factors (only very minor adjustment of the lights).

So how did you establish the "look"? Can you point to any still images that you (or another photographer) had done that you used for inspiration?
Many of the standard breed portraits are very one dimensional so I wanted to go in completely the opposite direction. I have always liked Jill Greenberg’s style so I used that as inspiration.

Were you directing the animals or was there a trainer/owner off camera?
There was always an owner or handler on set with us. I would give them directions and have them get the dogs to do what I wanted - looking in a certain direction or posing a certain way. There were a lot of liver bits flying around - mainly over the top of me as I shot so that the dog would follow its path. Many times those bits hit me - owners don’t have the best aim.

What were the most challenging or difficult aspects of the project?
I expected this shoot to be challenging, but I didn’t anticipate how difficult it would be to get the dog owners and handlers to agree to have their dogs photographed. The organizers of the event sent out email announcements telling all of the participants that Animal Planet would be at the event to photograph dogs. Animal Planet made banners and flyers to post around the venue. In addition, my assistant and Beth worked the venue reminding the handlers and owners we were there.

Other challenges included finding a venue and once there, finding and getting all the dogs on set. Finding a Labrador retriever or a German Shepherd was fairly easy. The rare dogs (e.g., a Xolo or Puli) were obviously more difficult. But, with the help of countless dog owners and handlers who knew many key dog owners, we were able to photograph many more breeds than we would have been were we doing this alone.

The most challenging aspect, however, was taking the photos. The smaller breeds had so much energy they wouldn't sit still; some of the larger ones had their own challenges keeping focused or becoming skittish when the strobes fired. Trying to make all the breeds look attentive - with personality - took time and patience.  Since we only had a few minutes with each, every shot counted. We came up with many "inventive" ways to get the dogs to sit still or to have them look in a certain direction (e.g. squeaky toys, throwing food in a certain direction or having a dog in heat on the set - yes we really did that)!

Are there any stories that stand out from this shoot?
One particularly funny instance happened when we were photographing a male Miniature Pinscher that would not sit still and focus. Another owner had a female Pinscher wrapped in a towel (at the time, I wasn’t sure what the towel was for). The owner sat next to me holding out her dog towards the male on set. The male dog immediately stopped jumping around and focused on the female. The owner yelled, "Look, we're teasing him with the bitch, we're teasing him with the bitch!” The female was in heat: hence the towel. She repeated it numerous times, right in my ear. Amazingly, this worked and I got many great images of a very attentive and expressive dog!

Other memorable moments?
Being pelted by semi-wet pieces of liver that the owners threw in my direction to get the dog’s attention and also having the owner of a very nervous and jumpy toy poodle hold him by the legs so that I could get a few shots as he thrashed around. More often than not, it was the owners who were the funniest. Ranging from obsessive compulsive to nonchalant, they kept us very entertained with their brushing and grooming and endless stories (never ask a dog owner about their dog). 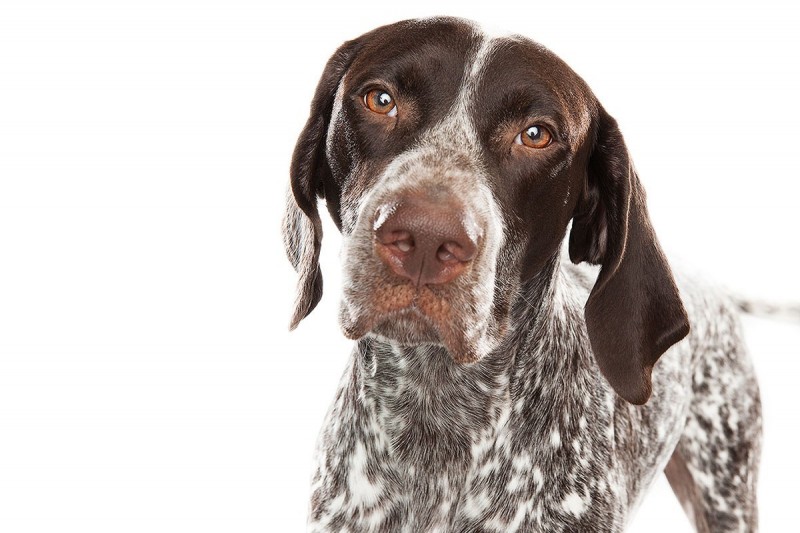 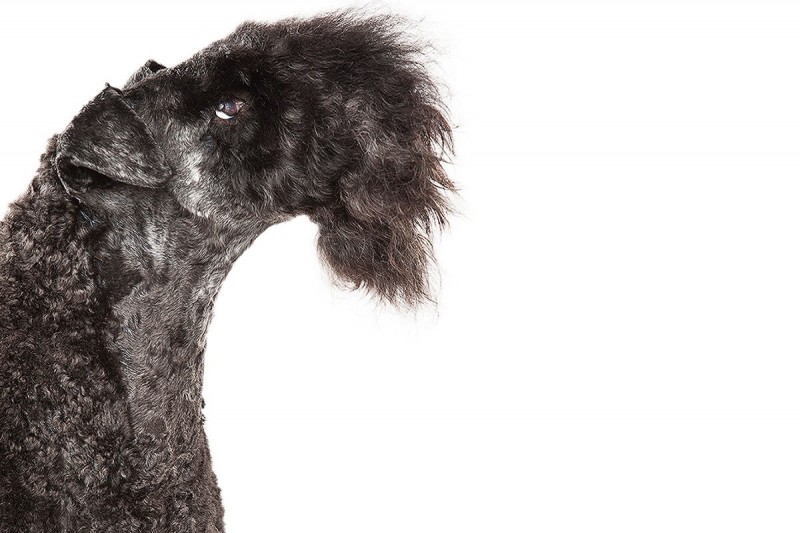 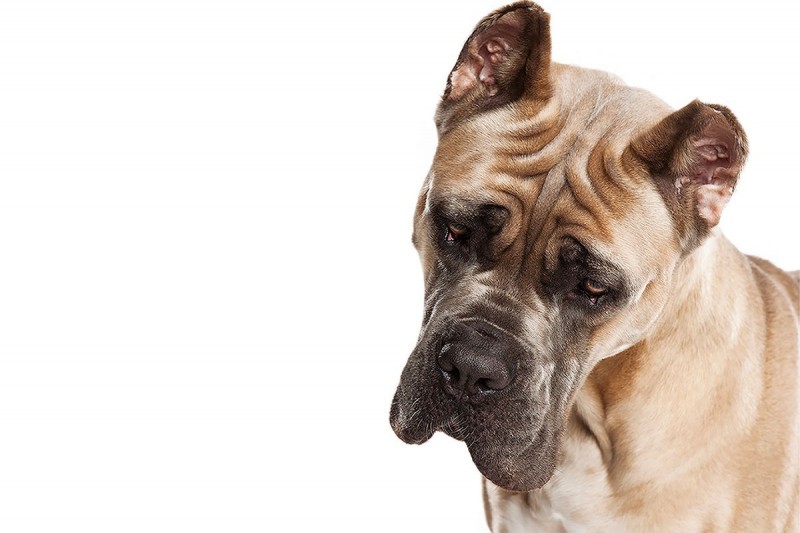 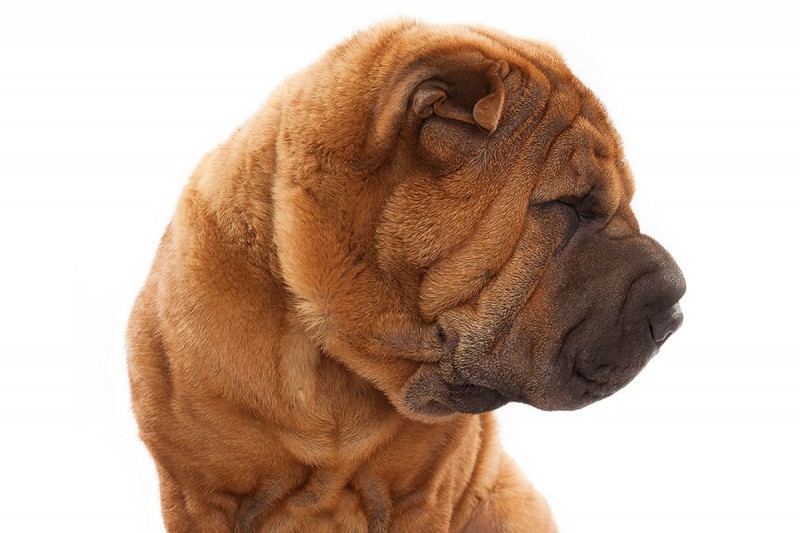